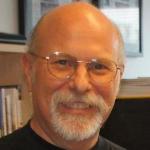 Timothy G. Anderson has taught journalism at the University of Nebraska–Lincoln and prior to that worked as an editor and designer for a number of newspapers, including the New York Times and New York Newsday. He is the author of Lonesome Dreamer: The Life of John G. Neihardt (August 2016).

People attending the recent Neihardt Symposium at the Center for Great Plains Studies in Lincoln, Nebraska, might have been surprised to hear two of the three presenters mention the Oscar-nominated movie The Revenant as they talked about writer and poet John G. Neihardt.

The Revenant, with twelve nominations, offers a version of the tale of a nineteenth-century superhero, a death-defying mountain man by the name of Hugh Glass, whose story is based on actual events of the northwestern American wilderness in the 1820s.

Glass joined William Ashley’s fur-trading expedition of 1823 as a trapper, probably as one of the older men in the unit. He was wounded in an encounter between Ashley’s party and a band of Arikara Indians, but he recovered enough to join Ashley’s partner, Andrew Henry, as he led a group overland for the Yellowstone River. On their way, Glass was severely mauled by a bear. Henry asked two of his men to stay with Glass until he died, as all expected he would, but they abandoned him. Glass did not die, and eventually he set off to find the men who had left him.

Director Alejandro G. Iñárritu takes some liberties with Glass’ story, but it’s hard not to when so few details of a man’s life are available. And it’s not like Iñárritu is the first one to use Glass’ compelling story to make his own larger point.

That’s the reason the movie came up at the Neihardt Symposium, which was sponsored by the Center and the University of Nebraska Press: A century ago, John G. Neihardt opened his five-part epic poem, A Cycle of the West, with a volume called, The Song of Hugh Glass.

Neihardt had spent part of his childhood in Kansas City, Missouri, where he and his father would often walk along the city’s Missouri River docks, listening to stories told by the old men lounging there, tales of fur trappers and Indians, of far-off places reached by this river.

It is likely that it was on the docks that Neihardt first heard of Glass. What’s known for sure is that when, in 1908, as Neihardt, then twenty-seven years old, was hired to write a series of magazine articles on the Missouri River, he turned to Doane Robinson, long-time secretary of the South Dakota State Historical Society, for names of men who should be included in any history of the river. Among the men Robinson suggested Neihardt include was Hugh Glass.

In the fall of 1913, as Neihardt prepared to begin a poem on the French Revolution—he had long been interested in the topic and had been preparing for it—he happened to tell his wife about Glass one morning. For the rest of his long life, Neihardt quoted what she said to him: “Oh, John, you want to save that old man for posterity. There is your theme. . . . This is right under your feet.”

Neihardt was attracted to Glass’ story because it allowed him “to comment on every phase of life.” Neihardt, like every writer and film-maker who has tackled Glass’ story since, was especially drawn to Glass’ painful journey across Dakota Territory.

Neihardt saw in this part of Glass’ story the difficult striving he believed every person faced in life, an idea he continued to examine throughout his writings. Life would be difficult, nearly impossible at times, and people would sometimes be driven by dark motives. (Neihardt, like others since, propelled Glass on his travels by having him think of how he would exact revenge on the men who had abandoned him.)

But, Neihardt believed, people must never give up.

Neihardt always considered The Song of Hugh Glass a poem of ideas, “a meditative poem,” and he worked to make Glass larger than life. In the section of the poem called “The Crawl,” which detailed Glass’ struggle to return to civilization, Neihardt tried to link his poem to epic stories of the past. Neihardt has his hero essentially die—as in the movie, he is left for dead—and then be reborn, undertaking a treacherous journey of self-discovery and pain, eventually emerging at the other end a better man.

And bound him to a doubt that would not pass.

That bit parched earth with bared and fang-like roots;

These symbolized the enmity of Chance

For him who, with his fate unreconciled,

Equipped for travel as a weanling child,

Essayed the journey of a mighty man.”

The reception to The Song of Hugh Glass, when it was published in late 1915, was mixed. It was a time of great change in poetry, and Neihardt stood firmly with the traditionalists. He believed in poetic forms that, in his mind, were tried and true, and he chose to compose “Glass” in rhymed pentameter. This put him at odds with much of the modern poetry mood. Though Neihardt certainly had supporters, the general sense was that the form was old-fashioned, and that his reliance on poetic diction—the use of words like “’twas” and “’twere”—was outdated.

But there was near universal agreement that the story he told, the tale of old Hugh Glass, had great value. “Mr. Neihardt has uncovered a rich mine in the annals of the explorer and fur trader,” the New York Times wrote, “and tells his story with dramatic effect.”

Though “The Revenant” tells the tale of Hugh Glass in a form more modern than Neihardt could have envisioned in 1913, I think he’d be glad to find that nearly two hundred years after Glass was attacked by a bear people are still thrilling to his story.