Reading is important for all ages. Here’s a sampling of books for the young reader in your life.

This book published this month! Set on the crane’s migration path, this bittersweet story of love, loss, and healing will appeal to all ages. 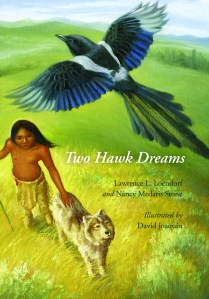 Two Hawk’s adventures on the land that will eventually be known as Yellowstone National Park show Two Hawk, and the reader, the meaning of rituals and responsibilities and the mystical origins of Two Hawk’s name.

From the moment of this Jewish Tom Thumb’s enchanted arrival, he takes readers on a magic-carpet ride into the delightful world of Jewish imagination. Where else could an etrog box be exactly the right size for a bed? And who else but K’tonton could stow away with his father’s etrog in order to join the Sukkot celebration in the synagogue, only to find himself swinging dangerously from the end of a palm frond! 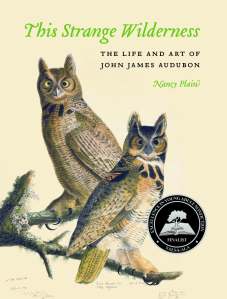 This Strange Wilderness: The Life and Art of John James Audubon

Winner of a Spur Award and the YALSA-ALA Award for Excellence in Nonfiction, Nancy Plain brings together the amazing story of this American icon’s career and the beautiful images that are his legacy.

The Trickster and the Troll

The friendship and adventures of Iktomi, the trickster figure from Lakota legend, and Troll, the familiar character from Norse mythology, are the subject of this imaginative, marvelously spun tale.

The Power of Song and Other Sephardic Tales (July 2018)

When the Jews fled the Iberian Peninsula in 1492 and scattered all over Europe, North Africa, and the Middle East, they took with them the folktales that were an integral part of their heritage. As they settled into their new homelands, they borrowed many of the literary devices and motifs from their adopted countries, adding varied flavor to the traditional Jewish story.

An entertaining graphic novel about the dangers of measles, Carnival of Contagion, illustrated by Marvel and DC comics artist Bob Hall, traces the adventures of a group of young adults as they enter a viral fantasy world run by a mysterious and seductive carnival barker.

Auctions and roundups, family picnics, irrigation wars, tornadoes and wind storms give authentic color to Little Britches. So do adventures, wonderfully told, that equip Ralph to take his father’s place when it becomes necessary. Little Britches was the literary debut of Ralph Moody, who wrote about the adventures of his family in eight glorious books, all available as Bison Books.

Beautifully illustrated and narrated in the tradition of the Salish and Kootenai Tribes, this account of conservation as the legacy of one generation to the next is about being good to the land that has been good to us. Bull Trout’s Gift is steeped in the culture, history, and science that our children must know if they hope to transform past wisdom into future good.