Douglas Dowland is an associate professor of English at Ohio Northern University. His book Weak Nationalisms: Affect and Nonfiction in Postwar America is available now.

A Stray Dog—and a Story of America

It’s just a story about a stray dog, I kept telling myself as I screened a segment of CBS News’ On the Road with Charles Kuralt. I was resisting being pulled in by the segment’s sentimental framing: as the oracular Walter Cronkite says, it is a story of “a dog no one really owned, and everyone really loved.” By now I had screened at least fifty of the almost four-hundred On the Road segments as part of my research, and I knew their rhetorical conventions by heart. I knew from the very beginning of Kuralt’s understated narration, “We were going somewhere else” that something was going to happen in this story that would be both extraordinary and, somehow, characteristically American.

On the Road presented a hopeful nation during a period in American history that seemed rife with diminishments: Vietnam, Watergate, stagflation, retrenchment. Broadcast on September 8, 1978, the evening news that preceded this segment began with coverage of the protests against the Shah of Iran, an update on negotiations that would lead to the Camp David Accords, and comprehensive coverage of ongoing teacher strikes in fourteen states.

In his way, Blackie, the stray dog, is a representative of a nation thatcould no longer confidently find its place in the world. Showing up at the intersection of Illinois Routes 16 and 49, as Bill Stiff tells Kuralt, “he just stayed here and was waiting for his master to return.” The same could be said of America in the seventies, a time in United States history when no one could say for sure where the nation was going—or who would lead the nation to where it needed going to.

Yet the stray dog independently endures. “The summer went by and the fall came, and Blackie kept his place here at the crossing,” Kuralt tell us. Shifting again, the camera, now behind the grave marker, looks out at the highway, capturing traffic as it passes, as if Blackie himself were still waiting for his owner. Kuralt describes how the dog’s persistence aroused the worry of the people who live nearby, who repeatedly tried to adopt him. But Blackie refused to leave the intersection.

“I think that unless some motorist hadn’t killed him, I don’t think he would ever have left,” Stiff says. As the camera scans the intersection, Kuralt finally brings us back to the segment’s beginning—and Blackie’s end. As he does so, the camera is at ground level, such that individual blades of grass obscure the lower half of view. Kuralt says that Blackie was “killed” and a car speedily passes through the frame: still at ground level, we are given the perspective, from the dog’s point of view, of the event itself.

Blackie’s death, much like his refusal to leave the intersection, cast an impression upon the people who lived nearby, even twelve years afterwards, an impression that Kuralt admits is “hard to explain.” The segment shifts to a young girl mowing the grass at Blackie’s grave marker, which is surrounded by a chain-link fence and covered in yellow flowers. A large white cross stands next to the grave marker. “He was just a lost dog, and it all happened a long time ago,” Kuralt says, yet even today the local “kids still take turns mowing the grass and keeping the place cleaned up.” Why the locals are so affected might be explained, Kuralt says in the segment’s conclusion, by “what they wrote on Blackie’s grave marker,” which Kuralt reads aloud as the camera, which has focused on it, pans back. The marker reads: “Blackie, Feb. 6, 1966: Know Ye Now True Loyalty & Love.” 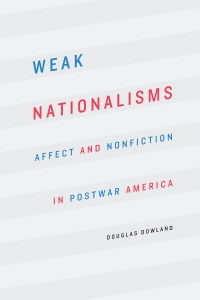 Of narratives like these, Kuralt was a master. He knew the rhetoric of how to craft out of a small story like this the broader story of the nation. No wonder why Howard Rosenberg, television critic for the Los Angeles Times, once described Kuralt as “America’s official lump in the throat.” You can say it’s sentimental or hackneyed, but surely there are components of American life that are these too. The transitoriness of the road, as much as Kuralt saw it as a synecdoche for the promise of the nation, is also a synecdoche for the transitoriness of life. Miles away from the nearest village, the intersection of roads is in the middle of nowhere, surrounded by cornfields. It might seem like the middle of nowhere to us, but for Blackie, it is somewhere. It is his destination and his destiny: first to the care of those who look after him, and through accident, ultimately to an afterlife where he will know loyalty and love in perpetuity. He is more than just a lost dog: his story, Kuralt alludes, tells our national story.

There was something about this segment that compelled me to write about it. Its pieces fit together so perfectly: to elicit our interest, to tell us a story, to suggest that the story is about something more than the sum of its parts. In my book, I describe Kuralt’s hopeful portraits of America as “the gentlest form of weak nationalism: neither radical nor conservative, they have a persistence that is as eccentric as it is enduring.” This isn’t the effect of some fly-by-night writing but a meticulous use of rhetoric that Kuralt crafted expertly.

If you happen to find yourself in Illinois at the intersection of state routes 16 and 49 in Coles County, stop, snap a picture, and send it to me, care of the Press. What you’ll find there is a grave that continues to be flowered and tidied to this day. And while you’re out there, take a look around: see the country. Be reminded of the generosity of decades of people who continue to care for it. In the most banal but in the most beautiful of ways, thanks to Charles Kuralt, they are our representatives.