The following is an excerpt from A Kabbalah and Jewish Mysticism Reader (JPS, April 2016) by Daniel M. Horwitz.

Today Kabbalah is associated with celebrities, expensive seminars, and the broader spiritual quest. It is even seen as a shortcut to wisdom, largely disassociated from traditional Jewish life. But this is not new; at least some people have treated Kabbalah this way for a long time. The great sixteenth-century authority on Jewish law Rabbi Moses Isserles wrote of this phenomenon: “Many ordinary people run to study the subject of Kabbalah, for it is very desirable in their eyes. . . . Not only that the scholars should understand it, but even [ordinary] householders, who don’t know their right from their left and walk in darkness, not even knowing how to explain the weekly Torah portion or a Torah passage with the commentary of Rashi, run to learn Kabbalah.”1 As it was then, so it is today; many Jews without even a basic knowledge of Jewish text seek the more advanced material, which they hope might give them guidance on critical issues.

But Kabbalah is rooted in normative Jewish religious practice; indeed, the word kabbalah literally means “received” and is often understood as “received tradition,” that which was passed down from individual teacher to student. Beginning in chapter 3, we read that the sages regarded mystical teachings as material that should be limited to an elite group of students and that was potentially disorienting and even destructive to those who were not deeply rooted in Jewish practice or sufficiently mature to deal with its ideas. So it may be surprising to find that for many centuries Kabbalah was a central force in Jewish life and thinking.

Beginning in the thirteenth century, virtually every rabbi and many other learned Jews knew of Kabbalah. However, it was not the base of Jewish life; that remained the daily performance of the mitzvot. Kabbalah became a higher platform, a way to provide enhanced meaning to one’s spiritual life. Thus it is difficult to imagine authentic Kabbalah outside a traditional Jewish framework, and many have warned of the consequences of detaching it from its roots. As Byron Sherwin put it, “Without Judaism, Jewish mysticism is a soul without a body, a vagabond spirit. Without mysticism, Judaism is a body without a soul.”2 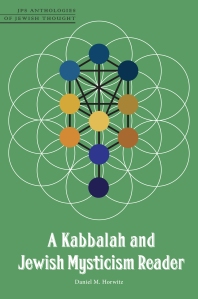 Most Jews growing up in the twentieth century were taught little, if anything, about the Kabbalah. There are two primary reasons for this. One was that most Jews knew little about Judaism, and therefore lacked the base on which to build an appreciation of Kabbalah. The other was the prevailing bias against all forms of Jewish mysticism, which is addressed in chapter 28.

Normative Jewish religious practice seeks to follow God’s will as understood through the Torah and through the sages who have interpreted it. The mystic seeks not only to follow God, but to have communion with God, thereby acquiring a deeper understanding of the divine. Thus one sees more of what God sees and knows more of what God knows. Traditional Jewish practice is clearly consistent with this desire; for instance, in the “Kedushah” prayer recited daily, Jews quote the verse in Isaiah 6 that tells us m’lo khol ha-aretz k’vodo, the whole earth is filled with God’s glory, with God’s Presence. The point of such recitation is that one must be open to experiencing that Presence. Abraham Joshua Heschel (see chapter 27) wrote of our tradition’s “legacy of wonder,” saying: “The surest way to suppress our ability to understand the meaning of God and the importance of worship is to take things for granted. Indifference to the sublime wonder of living is the root of sin.”3

The third of the three main types of Jewish mysticism, what I call Mainline Kabbalah, is an attempt to understand the mind and plan as well as the will of God, in a way that would not be dangerous for the mystic. This assumes that God has such an inner life and that our existence ought to seek this life, take it into account, and assist God in the fulfillment of His purposes through our mindful actions and our meditational life. This may well seem to be a herculean task, and it is by no means simple. Several chapters are devoted here just to introducing some of the basic concepts of Mainline Kabbalah.

Falling under the rubric of “Kabbalah” are five periods and styles, although they often differ significantly and have their own goals and priorities:

Although we have seen other forms of Jewish mysticism, these are the ones considered to be part of what is known as “Kabbalah.” This book’s approach to the most basic concepts of Kabbalah will cut across some of these periods so that you can see how they developed and affected Jewish mystical thinking.

The first of these concepts is the Ein Sof. Literally, Ein Sof means “without end” or “infinite.”4 It is not a name, but points to God’s nature, in that Ein Sof represents the most hidden essence—the most true essence—of God, the transcendent aspect of God that is entirely unknowable to humans. In Kabbalah God can only be known through His emanations, the ten sefirot, those ten creative forces that mediate between the Ein Sof and our world (see chapter 9).5

In the Middle Ages God was frequently described as having two primary aspects, one concealed and one revealed. In this view, the real essence of God is the hidden part, and Ein Sof is the Jewish understanding of the concealed God who is hidden and limitless. Jews who followed a more philosophical approach to Jewish faith believed this was the only way to understand God. For Maimonides God was simply unknowable, and humans speaking of God could only say what He is not, but not what He is. “Know that when you make an affirmation ascribing another thing to Him, you become more remote from Him in two respects: one of them is that everything you affirm is a perfection only with reference to us, and the other is that He does not possess a thing other than His essence.”6 God is infinitely beyond anything we can say about Him or any relationship we might have with Him. For the mystics, however, this is only part of the story . . . but it is the beginning of the story without which everything else would be impossible.

In some respects the kabbalists go even further by describing God as Ayin (another form of the word Ein), literally, “Nothingness,” that which is no thing. Ayin is the opposite of Yesh, the material, temporal world within which everything can be quantified, defined, or explained.7 Everything material has a beginning and an end. By contrast, Ayin is that which is not material. This does not mean that it has no being, only that certain things cannot be described, defined, or bounded—those that have no beginning or end and those that we cannot change or affect. Similarly, some try to describe God’s reality through the metaphor of the ocean: Ayin is the ocean, and Yesh is the waves that occasionally pop up out of the underlying unity of all being.8