This year the National Park Service celebrates its 100th anniversary and as the National Park Foundation said, “the Centennial is more than a birthday. We want people everywhere to embrace the opportunities to explore, learn, be inspired or simply have fun in their 407 national parks….” UNP asked its authors to write about their favorite National Park to contribute to the #FindYourPark campaign on social media.

The following contribution comes from Bruce L. Smith, author of Stories from Afield: Adventures with Wild Things in Wild Places (Nebraska, 2016). Smith retired from the U.S. Fish and Wildlife Service in 2004 after a thirty-year career as a wildlife manager and scientist.

The Jackson elk herd is among the largest in North America, rivaling the White River herd of Colorado and the elk that grace Yellowstone Park’s northern range.  Roaming two of the premier U.S. national parks and the only national wildlife refuge set aside for elk, the Jackson herd is justifiably our national elk herd.  But perhaps most remarkable are the annual migrations the elk undertake.

My field assistant, Marjean Heisler was right.  When I arrived at the National Elk Refuge  in 1982, she told me the grandeur of the elk could not fully be appreciated without travelling the span of their migration processions.  The longest originate beyond the Buffalo Valley—the northern extreme of Jackson Hole—in a jumble of high ridges and soaring plateaus of the Teton Wilderness Area and Yellowstone National Park.

That first summer, Marjean and I crested Two Ocean Plateau on horseback.  Sixty miles north of the refuge, and more than twenty miles from the nearest road, we were as far from civilization as one can get in the lower forty-eight states.  Before us unrolled a sea of lavender lupine drenched in alpenglow.  Beyond shimmered the azure waters of Yellowstone Lake, the largest freshwater body above 7,000 feet in North America.  There, pelicans nest, schools of native cutthroat trout swim, and river otters, bald eagles, ospreys, and grizzly bears hunt these fish in the shallows and in spawning streams.  From the wash of lupine, heads of bedded elk poked like periscopes, ogling us yet unafraid of our presence.  We turned our horses, Bud and Red, south to Two Ocean Pass where Atlantic and Pacific creeks arise from a single rivulet then spill down opposite sides of the continent’s spine.  These are the lofty headwaters of the Mississippi and Columbia rivers.  Here Jackson elk intermingle with three other great elk herds, each of which migrates to its own distant winter range when snow buries the high country beneath a crystalline hush.  Following Pacific Creek, we passed Enos Lake where trumpeter swans—the continent’s largest waterfowl—challenge the elements.  The lake’s short ice-free season barely allows a single resolute pair to nurture their two or three nestlings to flight stage before the waters freeze solid again.

Pacific Creek emerges from the Teton Wilderness and joins the Snake River in Grand Teton National Park, thirty airline miles from Two Ocean Plateau.  From there, the elk’s journey is only half complete.  Yet what makes the migration even more astounding is that we had just ridden but one of many convergent pathways from the high country.  Beneath the towering Teton peaks, across the terraces of the Snake River plain, throngs of elk weave southward, merging in a mesmerizing display each fall.  In the New World only Alaska’s migratory herds of caribou exceed the splendor of this mammalian march.

Like fluid passing through a grand topographic funnel from nearly 2,000 square miles of summer range, this fall flight for food ends at the National Elk Refuge, separated from Jackson’s art galleries and fine restaurants only by eight feet of woven-wire fence.

For the twenty-two years I was the National Elk Refuge’s wildlife biologist, I had a front row seat in this grand drama. The hundreds of elk I radio-collared and followed throughout the year revealed to me the mysteries of two of America’s premier national parks.  While most everyone knows of Yellowstone’s natural wonders, Grand Teton National Park harbors dazzling scenic, recreational, and ecological values of its own. Importantly, Grand Teton is an integral part of the 18-million-acre Greater Yellowstone Area, a majestic mosaic of public and private lands both large and wild enough to support populations of bison, elk, bighorn sheep, wolves, wolverines, and grizzly bears—all species that require room to roam, shun human contact, and that define a place as wild. With the Teton Range (sometimes called the American Alps) as backdrop, Grand Teton National Park bonds summer to winter ranges for thousands of elk during their 60-mile-long spring and fall migrations. 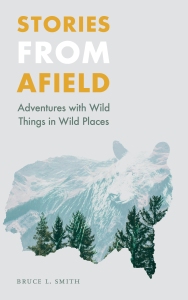 Interconnected national parks, wilderness areas, and other wildlands not only nurture large-scale terrestrial migrations, they are bastions of wildness. Wildness demands that native species maintain their freedom to move unimpeded. Where wild animals are confined—be it in zoos or otherwise constrained by human enterprise—their wildness is diminished.  The larger and less fragmented the landscape, the greater its capacity to sustain migrating herds and their predators (e.g. Alaska’s caribou herds and wolves, or Botswana’s elephants and large carnivores).

Not only do national parks provide safe havens for wildlife migrations, they are reservoirs of biodiversity. Our national parks are often the nucleus of wildland ecosystems—landscapes evolutionary biologist E.O. Wilson refers to as “undomesticated places not yet yoked to the human will.” These wild places provide a baseline against which we might measure our impacts on wildness in more “civilized” places.  As our planet becomes increasingly subservient to the human will, our national parks offer us the solace of being able to glimpse our own roots as products of the land.

Grand Teton is one of those wild yet accessible national parks that embody the best of what America once was and still is.

You can more read about Bruce Smith’s adventures in Grand Teton National Park and other western wildlands in his new book, Stories from Afield: Adventures with Wild Things in Wild Places.

One thought on “From the Desk of Bruce Smith #FindYourPark”