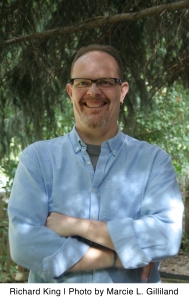 C. Richard King is a professor of comparative ethnic studies at Washington State University. He is the author or editor of more than a dozen books, including Team Spirits: The Native American Mascots Controversy (Nebraska, 2001) and Native Athletes in Sport and Society: A Reader (Nebraska, 2006). His latest book, Redskins: Insult and Brand (Nebraska, 2016) was called a “must-read book” by the Chicago Tribune.

On June 19, 2017, in a unanimous 8-0 decision, the United States Supreme Court ruled that the First Amendment to the Constitution prevents the federal government from banning trademarks deemed to disparage members of racial or ethnic groups. Specifically, the justices upheld a lower court ruling that found in favor of the Slants, an Asian American band, that argued the US Trademark and Patent Office had acted improperly when it failed granted protection to its moniker because it determined it to be offensive. Many observers celebrated the case as a victory for free speech, while many headlines and pundits were quick to see the ruling as a vindication for the Washington professional football team and its embattled brand. While it is too early to judge how the decision will impact the franchise’s ongoing case, it is worth reminding ourselves of the context and consequences at this juncture.

The Slants choose their name and fought to trademark to challenge a racial slur. In fact, the band sought to steal from the lexicon of American hate speech to empower themselves, their fans, and their community. In laying claim to the word, in making it theirs, they sought ownership over what it meant to be Asian American and who gets to define it.

The Slants case cannot, however, be seen as a triumph for people of color, historically marginalized groups, or justice. Ironically, the victory against the outdated language of racism may very well be the foundation for a decision to allow for a professional sport franchise to continue to profit on its use of an antiquated and racist brand. Indeed, where the Slants pursued empowerment, the NFL team in DC seeks affirmation of its entitlement to use American Indians as it sees fit: its trademarked slur is not simply offensive, the use of such iconography, as I discuss in my recent book, Redskins: Insult and Brand, has adverse psychological impacts on indigenous youth and creates hostile environments that undermine the capacity of Native Americans to participate equally in modern society or define the manner in which others regard them.

This is perhaps of little surprise. Many Americans cling to false ideas about American Indians, their cultures, and their histories, embracing the well-worn fictions of popular culture and the tired clichés of conquest. They regularly refuse to recognize Native Americans as contemporaries. For instance, former Speaker of the House, Newt Gingrich described the ongoing inquiry into the role of Russia in the 2016 US presidential election as akin to “watching an old-fashioned Western movie” and pictured the FBI as “an Indian hunting party,” concluding “They’re out looking for a couple scalps, and they’re not going to go home until they get some.”  Moreover, they too often fail to see the work of anti-Indian racism because it is so normalized. While reports of racist graffiti at LeBron James’ house, rightfully prompted the basketball star to speak out again hate and provoked public outrage, neither James nor his teammate Kevin Durant faced similar approbation or even question when they appeared in public sporting logos of the Cleveland Indians and the DC professional football team respectively.

While the Slants case arguably shifts the terrain of racial politics in the US, it may ultimately do little to alter the foundations of American racism. This derives in no small part from the building blocks of American democracy and from the lack of shared vision or collective will to combat the legacies of conquest, slavery and exclusion or to have hard conversations about creating a multiracial future rooted in inclusion, empowerment, and justice.