The Lincoln Journal Star highlighted 150 notable figures in Nebraska’s 150 years of statehood—and many of those important individuals are represented on our backlist.

My Ántonia is part of Cather’s Prairie Trilogy, which includes O Pioneers! and The Song of the Lark, all available in Bison Books editions. 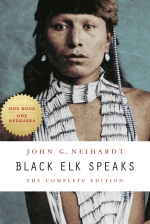 John G. Neihardt was named Nebraska’s first poet laureate and foremost poet of the nation by the National Poetry Center in 1936. 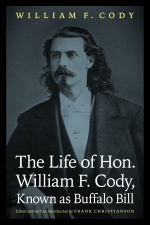 Written when Cody was thirty-three years old, this life story captures both the hard reality of frontier life and the sensational image to which a boy of the time might aspire: the Indian fights, buffalo hunting, and Pony Express escapades that popular history contributed to the myth-making of Buffalo Bill.

The Lost Notebooks of Loren Eiseley

Loren Eiseley’s many works include The Night Country, The Invisible Pyramid, The Firmament of Time, and All the Strange Hours, all available in Bison Books editions.

A Lantern in Her Hand

Among the other Aldrich books reprinted by the University of Nebraska Press is A White Bird Flying (first published in 1931), the sequel to A Lantern in Her Hand.

Ted Kooser, winner of the Pulitzer Prize in poetry and former U.S. poet laureate, is Presidential Professor of the University of Nebraska.

Sandhill Sundays and Other Recollections

Mari Sandoz (1896–1966) is the noted author of Crazy Horse, Cheyenne Autumn, and The Battle of the Little Bighorn, all available in Bison Books editions.

Roger Welsch is the author of more than forty books, including A Treasury of Nebraska Pioneer Folklore (Nebraska, 1966), My Nebraska: The Good, the Bad, and the Husker (Nebraska, 2011), and most recently, The Reluctant Pilgrim: A Skeptic’s Journey into  Native Mysteries (Nebraska, 2015).

Dick Cavett, originally from Nebraska, was a writer for The Tonight Show, Johnny Carson, and won three Emmy awards throughout his career. 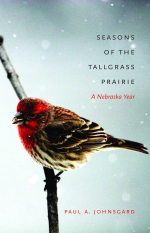 Seasons of the Tallgrass Prairie
A Nebraska Year

by Paul A. Johnsgard

Paul A. Johnsgard has received the National Conservation Achievement Award and the Lifetime Achievement Award, both sponsored by the National Wildlife Federation, and is the author of more than five dozen books on natural history, including The Sandhill and Whooping Cranes: Ancient Voices over America’s Wetlands and Prairie Dog Empire: A Saga of the Shortgrass Prairie (both available in Bison Books editions).

The Ordinary Spaceman
From Boyhood Dreams to Astronaut

Clayton C. Anderson retired in 2013 after a thirty-year career with NASA and two missions to the International Space Station.

Joel Sartore is a cofounder of the Grassland Foundation and the author of RARE: Portraits of America’s Endangered Species and Nebraska: Under a Big Red Sky (available in a Bison Books edition).

On Ancient Wings
The Sandhill Cranes of North America

Michael Forsberg is a professional photographer whose work has been published worldwide and has won awards in the prestigious Wildlife Photographer of the Year and Pictures of the Year competitions.