Launched in 1961 as UNP’s first trade imprint, Bison Books reflects the Press’s commitment to general-interest books that appeal to the educated reader. Originally published as inexpensive paperbacks, Bisons (as they became known) quickly caught on. Many of these titles have left a lasting impact on Western literature and Native studies, and many others deserved to be re-presented to the modern reader.

Enter the Bison Classic Editions, exemplary titles with a fresh new look and updated content. Below are a few of the newest releases. 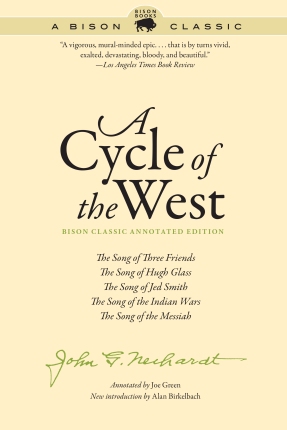 By Helen Addison Howard with a new introduction by Nicole Tonkovich

This completely revised edition of the author’s 1941 version (titled War Chief Joseph) presents in exciting detail the full story of Chief Joseph, with a reevaluation of the five bands engaged in the Nez Perce War, told from the Indian, the white military, and the settler points of view. Especially valuable is the reappraisal, based on significant new material from Indian sources, of Joseph as a war leader.

The new introduction by Nicole Tonkovich explores the continuing relevance of Chief Joseph and the lasting significance of Howard’s work during the era of Angie Debo, Alice Marriott, and Muriel H. Wright.

The Killing of Chief Crazy Horse

Edited and with a new introduction by Robert A. Clark and commentary by Carroll Friswold

Here the killing of Crazy Horse is viewed from three widely differing perspectives—that of Chief He Dog, the victim’s friend and lifelong companion; that of William Garnett, the guide and interpreter for Lieutenant William P. Clark, on special assignment to General Crook; and that of Valentine McGillycuddy, the medical officer who attended Crazy Horse in his last hours. Their eyewitness accounts, edited and introduced by Robert A. Clark, combine to give The Killing of Chief Crazy Horse all the starkness and horror of classical tragedy.

By Left Handed and recorded by Walter Dyk

Foreword by Edward Sapir and a new introduction by Jennifer Denetdale

As Left Handed grows in understanding and stature, the accumulated wisdom of his people is revealed to him. He learns the Navajo lifeway, which is founded on the principles of honesty, foresightedness, and self-discipline. The style of the narrative is almost biblical in its rhythms, but biblical, too, in many respects, is the traditional way of life it recounts. Jennifer Denetdale (Diné/Navajo), who wrote the new introduction, is the first Diné/Navajo to earn a PhD in history and is an associate professor of American studies at the University of New Mexico.

By John G. Neihardt and annotated by Joe Green with a new introduction by Alan Birkelbach

A Cycle of the West rewards its readers with a sweeping saga of the American West and John G. Neihardt’s exhilarating vision of frontier history. It is infused with wonder, nostalgia, and a keen appreciation of epic history. The new introduction by former Texas poet laureate Alan Birkelbach and annotations by Joe Green present fresh views of Neihardt’s iconic work.