Tramazzo, an Army officer, and Haara, a Kentucky attorney, are long-time bourbon enthusiasts and bloggers. Both authors leverage their deep knowledge of American whiskey history and tell its story through unique lenses—military service and litigation.

Bourbon Justice tells the history of America through the development of commercial laws that guided our nation from an often reckless, laissez-faire mentality, through the growing pains of industrialization, and past the overcorrection of Prohibition. Indeed, Haara shows that bourbon lawsuits are responsible for the growth and maturation of many substantive areas of the law, such as trademark, breach of contract, fraud, governmental regulation and taxation, and consumer protection.

Readers will enjoy Haara’s thorough coverage of fiery trademark disputes like the one between influential distillers Colonel Edmund Haynes Taylor, Jr. and George T. Stagg, who together operated the O.F.C. Distillery for a decade. After they split ways in 1887, Taylor sued Stagg, asking the court to stop him from using the company name “E. H. Taylor, Jr. Co.,” and from using Taylor’s script signature on bourbon bottle labels. 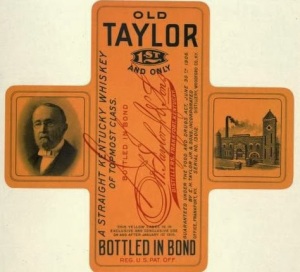 After thirteen years of litigation, Col. Taylor ultimately prevailed and Stagg was forced to develop branding with his own name. A century later, the current owners of the property where the O.F.C. once stood recaptured Col. Taylor’s name by purchasing the brand from Beam, Inc., and in recent years have relied heavily on Col. Taylor’s legacy.

Readers will also enjoy a snapshot of George T. Stagg’s life as a younger man in Bourbon & Bullets. Before Stagg was a major player in the bourbon industry, he served as an officer in Kentucky’s Twenty-First Infantry Regiment, an oufit that remained loyal to the Union. Captain Stagg led men during violent engagements against rebels at Perryville, Stone’s River, Chickamauga, Kennesaw Mountain, Franklin, and Nashville. According to Brigadier General Jefferson C. Davis, “no regiment exhibited a higher state of discipline and efficiency in the whole army than the Twenty-First Kentucky Infantry.” In the end, Stagg’s regiment lost 218 men to combat and disease. Following the war, Stagg accepted a job selling wholesale whiskey in bustling St. Louis, but he eventually returned to Kentucky and developed several major distilleries. 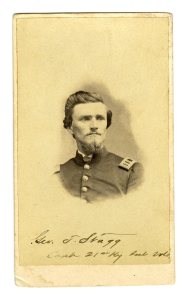 According to Mark Brown, the president and chief executive officer of the Sazerac Company, “the bourbon industry has long been filled with military veterans, but never have their valuable contributions been so finely documented until now. John Tramazzo’s investigative book not only weaves together these veterans’ military contributions but also provides an enlightening look at the impact they made on the spirits industry today.”

According to bourbon historian and author Michael Veach, “Bourbon Justice uses a groundbreaking approach to tell the history of the bourbon industry—the lawsuits that provide the true origin stories of famous brands. I believe this book will quickly become a classic work in the field of bourbon history and of distilled spirits as a whole.”

Bourbon & Bullets and Bourbon Justice are currently available for pre-sale. Both books will be released on November 1, 2018 from Potomac Books. 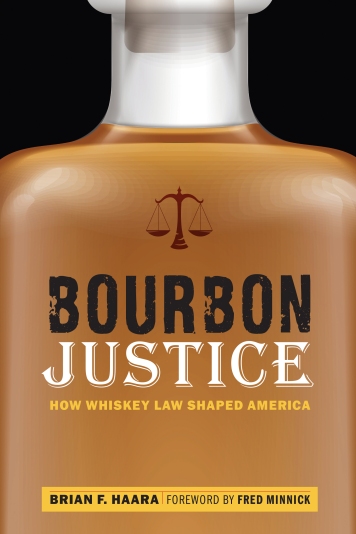