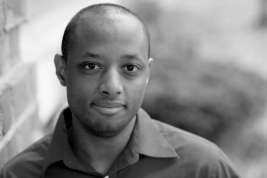 Micah McCrary’s work has been published in the Los Angeles Review of Books, Rumpus, Midwestern Gothic, Identity Theory, and Third Coast. He is an assistant editor at Hotel Amerika, a contributing editor at Assay, and a founding coeditor of con•text.

In my essay “Two Cities,” I wrote that “It has always been strange for me when I try to define home, its meaning wavering somewhere between trying to decide on a home and trying to build a home out of safety and fond memories. As a concept it’s tied to notions of my loyalty to place, because while home may be for some (like me) a place latched onto dreams, for others it’s congruent with nativity, congruent with nostalgia.” If anything, I’ve pushed myself toward even more questioning since “Two Cities”—have become more interrogative about what makes a home, because the mere idea is complexly sentimental. Complicated, yet deeply felt.

And while our homes are certainly the places we hope to make into spaces of comfort, they’re also spaces we must reckon with.

I’ve spent much of my time thinking about Chicago focused on things in the city with which I’m not very proud: its violence, its attitude toward poverty, its attitude toward wealth. But regardless of these qualities, I still feel as though I cannot escape tender memories of the city any more than I can escape the most shocking ones, those embedded upon every arrival. Having visited Chicago throughout my entire life to see relatives, then living there for almost a decade, something about imagining the city now that I’m away from it shows me an inseparability between accepting it as a home and accepting that I must contend with its reality.

During much of the time when writing Island in the City (September 2018) I was, for the first time in a long time, beginning to consider that my home might one day soon become somewhere else. I was concluding my time in graduate school, and with that came a kind of unseen, immediate, and anxious future, which made me want to grasp as tight as I could onto whatever I could soak into my memory of Chicago (and even of my hometown of Normal, IL). Realizing that I might be about to lose the place I’d accepted and internalized had made it so that I had to make my time there somehow more concrete. And I think, in my case, that this meant writing about it. I didn’t just preserve memory the way we do when taking photographs, but rather I began to preserve certain senses of myself—records of selfhood that come from reflection, and examination, and from the things we’re supposed to inspect when we write autobiography. More than preservation, though, I’ve been able to record evolution and change, and the ways the city’s environments had impressed upon me the growing pains I so desperately needed.

One of the things I’m able to wonder about now is how, having finished the book, to push myself toward options and experiments that highlight a kind of home-betterment. I do not mean knocking down ugly city buildings and replacing them with brand new condos. Instead I wonder what I might do, for example, as a teacher talking with my students about the ways they’re learning to grapple with environment. I’ve thought about the kind of Chicago I’d return to, should I ever choose live there again. I’ve wondered what kind of self would return to that city. Less mysterious to me: I think I’d return with a kind of mission, to take an understanding of place and use it to grasp a recognition that things can still remain bright.

Perhaps the biggest “takeaway” from having considered what it means to claim a place, and especially the places where we’re born, is what it means to accept when those places leave their marks—that those marks on us can be ones of wisdom as much as those of joy, or pain, or something else in between. And as I continue to think, through writing, about how places affect me (and about the places I’d like to positively affect) I hope to do so with a continually evolving sense of growth, maturity, understanding, and compassion. And I hope to do so with a will to build toward a mutual trust between my postures in the face of such places, as much as how a place becomes postured toward me.

One thought on “From the Desk of Micah McCrary: Growing Pains”