The world’s linguistic diversity is diminishing, with more than two hundred languages declared extinct and thousands more endangered. As these languages disappear, deep stores of knowledge and cultural memory are also lost. The scholarly significance of these endangered and extinct languages and literacies provides the impetus for Recovering Languages and Literacies of the Americas, a collaborative initiative generously supported by the Andrew W. Mellon Foundation. The following books are the most recent publications in this initiative from UNP.

Following previous dialect studies concerned primarily with forms of Ojibwe spoken in Canada, Relativization in Ojibwe presents the first study of dialect variation for varieties spoken in the United States and along the border region of Ontario and Minnesota. Drawing from a range of both primary and archived sources, author and linguist Michael D. Sullivan Sr. compares varieties of the Ojibwe language and demonstrates how relativization appears to be a parameter for grouping Ojibwe dialect and subdialect relationships. Following previous dialect studies, Sullivan incorporates his own original research and recasts the data in a modern theoretical framework, making Relativizaton in Ojibwe the first book of its kind. 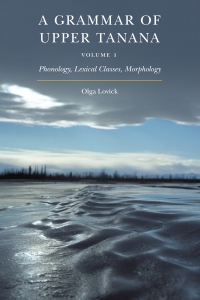 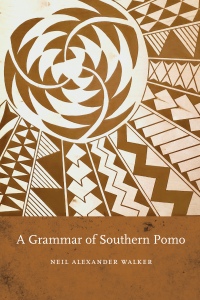 A Grammar of Southern Pomo is the first comprehensive description of the Southern Pomo language, one of seven Pomoan languages once spoken near Clear Lake and the Russian River drainage of California. After losing its last fluent speaker in 2014, Pomoan descendants have recently initiated efforts to revitalize the Southern Pomo language. Grammar of Southern Pomo sheds new light on this little-known Indigenous California speech community, discussing phenomena that are rare or entirely  unattested outside the language. Author Alexander Walker challenges long-standing ideas about what human speech communities can create and pass on to children as well as the degree to which culture and place are woven into language.