An excerpt from Jews and Genes: The Genetic Future in Contemporary Jewish Thought (JPS, 2015) edited by Elliot N. Dorff and Laurie Zoloth, a finalist for the 2015 National Jewish Book Awards.

From “Summary of the Science of Stem Cell Research”

In the last two decades, one of the fiercest debates about our limits and our choices has been around the issue of human stem cell research… Before we knew about stem cells and could manipulate them, we never had to ask whether or when we should do that, but now we must. In doing, so, we find ourselves addressing not only specific questions about the advisability and limits of using a particular technique; we are reassessing the very nature of who we are, the connections we have to family, community, the environment, and God, and the limits we should impose, if any, on our capacity to do research and to heal.

The State of the Science

Stem cells are called “stem” because they are cells that can change into several different kinds of more specialized cells. They are undifferentiated—that is, they are not yet specifically one kind of cell. Stem cells can produce any kind of cell in the human body…   The most flexible stem cells are those in the early embryo that is formed five to eight days after a sperm and an egg combine; these are “embryonic stem cells.” The 100 to 200 cells produced in these first few days after fertilization ultimately mature into each and every kind of cell in the complex human organism. …

Biologists have long sought to understand how a single cell created when a sperm and egg combine ultimately creates a complex and highly differentiated system of intricate tissues and organs, organized perfectly into a human being. How does the DNA program in the nucleus interact and signal the cell to duplicate and differentiate? How does the small, microscopic mass of identical cells that have been formed in a woman’s uterus or in a petri dish approximately five days after a sperm and an egg unite, the embryonic stem cells, ultimately form a human fetus? Perhaps most intriguingly, if each of these cells of the early embryo has the capacity to develop into any and all cells of the human body, can their mutability be used to create new cells in a person  in order to heal him or her from a disease  or to repair tissue that has been damaged? 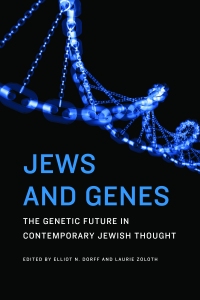 … [R]esearchers have long been intrigued by the embryonic stem cells that are the precursors to these adult stem cells.  In part, the interest is purely investigational. It has been the quest of some researchers to study precisely how the embryonic stem cell is programmed to do this, to understand what goes awry in genetic diseases, and to observe how the environment affects developing cells. In part, the research has been driven by a therapeutic goal, not only to understand and observe the process, but also to find ways to coax embryonic stem cells into specific uses. Researchers began to speak about creating banks of tissues to repair tissues damaged by illness or injury.

The benefits of such an endeavor, if it succeeds, would clearly be enormous, for many of the diseases that beset us in modernity are precisely degenerative diseases. These include stroke (6 million people have one each year), congestive heart failure (6 million), neurological diseases (3 million with Parkinson’s alone), diabetes (100 million), and liver failure (5 million from hepatitis alone). It is important to note that unlike much of the focus of high-technology-driven medical research, diseases of cell death and cell control are not limited to the elderly, or to certain classes or groups, for degenerative diseases also plague children. Spinal cord injury repair is a target of this research as well.  Furthermore, unlike the search for medical treatment of the symptoms of disease, molecular-cellular medicine is in pursuit of permanent cures to disease by alteration or replacement of the genetic and cellular causes of the disease itself.…

The Ethical Problem of the Embryo’s Moral Status

To procure embryonic stem cells… one extracts them from a five-or-six day embryo in a petri dish, thus killing it. Hence, the use and destruction of embryos for stem cell procedures immediately poses the significant moral question of the nature, meaning, and moral status of the human embryo. If it is already a human being, the killing of an embryo would amount to killing a person, so even though the goal of curing diseases is laudable, one may not kill one person in an effort to save another. On the other hand, if the early embryo is merely a clump of cells that would otherwise be discarded, then one may and arguably should instead use such cells to advance human knowledge and therapies….

How does one regard the central question of the moral status of the human embryo? As the National Bioethics Advisory Committee report on embryonic stem cell research clearly indicates, this is one of the key ethical disputes in society generally and among religions in particular…

Although American courts and state laws vary in their determination of the legal status of the embryo, Catholics and some Protestants unequivocally see the early embryo as fully a person, and hence embryos, in their view, may not be destroyed in research, for that amounts to murder.  … Jewish tradition takes a stance different from that of either American law or Catholicism.  It sees the embryo during the first forty days of gestation  as “simply liquid,” and thereafter until birth as being “like the thigh of its mother.” The fetus does not become a full human being until birth, and only then does it attain all the attendant protections of full persons. This developmental view of the fetus in Judaism is shared by Islamic and some Protestant traditions. The strong mandate within the Jewish tradition to seek to heal through both  treatment and research, and this developmental view of the status of the embryo have together led rabbis across the denominational spectrum strongly to endorse embryonic stem cell research….