The following is an excerpt from one of the newest books in the series, Governing Affect: Neoliberalism and Disaster Reconstruction (May 2017) by Roberto E. Barrios. Barrios is an associate professor of anthropology at Southern Illinois University in Carbondale.

From the Introduction: Affect and Emotions in Disaster Reconstruction

On a hot and humid summer day in 2009, Ward “Mack” McClendon agreed to sit with me outside of a large green warehouse located in the Lower Ninth Ward—a part of New Orleans devastated by Hurricane Katrina’s floods—to talk about his assessment of the area’s recovery. Before the storm, Mack dedicated himself to restoring old cars and driv­ing a tow truck, bringing in a comfortable income. The disaster and the way local and federal government agencies handled the area’s recon­struction, however, resulted in the partial disappearance of what he had come to take for granted in the preceding years: his friends, neighbors, acquaintances, and relatives, as well as their particular ways of speak­ing, behaving, socializing, sharing food, and everyday ways of being that generated a sense of comfort and wellness for Mack.

In 2009 only 15 percent of the area’s pre-Katrina households actively received mail, a proxy measure demographers used to estimate the rate of population return after the hurricane. By 2015 this number had increased to 37 percent, while the citywide figure had risen to 90 per­cent (Allen 2015; Plyer and Mack 2015). The absence of familiar faces and embodied ways of being struck Mack in what social scientists would label an affective way. Mack felt this absence; the feeling he experienced was an uneasy sense of loss that drove him to do things he never con­sidered doing before the catastrophe. Mack reflected:

Believe it or not, before Katrina, I was a very private person, okay, but my community is hurting so bad, I can never be the same person I was before. After embracing the problems that we have, you got to change, and it’s a good way. It’s not a bad way; it makes you start caring about people. (structured interview transcription 2009)

Over the years I knew Mack, I also came to recognize his concern for how those people who were not born and raised in the Lower Ninth Ward but had come to help rebuild after the catastrophe cared about the neighborhood. In some instances, academics, environmental activ­ists, and non-profit program managers seemed more worried about such things as the salinity levels of nearby wetlands and the energy efficiency of homes with low carbon footprints than about the New Orleanians who lived in the area before the flood. Mack felt these residents were irreplaceable, even as new arrivals from other parts of the city and the United States created the impression that the neighborhood was slowly “coming back.”

Mack’s concern about the Ninth Ward’s reconstruction moved him to do something he would have considered illogical before Katrina: he gave up his towing business and dived head deep into community orga­nizing. With his own finances, he purchased a warehouse located in the flooded neighborhood and remodeled it as a community center where out-of-town reconstruction volunteers and residents who needed assis­tance with home repair could connect. This decision was financially difficult for Mack, and he faced great challenges over the next five years, including the death of his daughter during childbirth and the bank’s foreclosure on his house. But he never questioned his decision in my presence. Mack’s emotion-laden response to the absence of people and practices he found culturally familiar had affected him in such a way that community organizing was something he had to do. 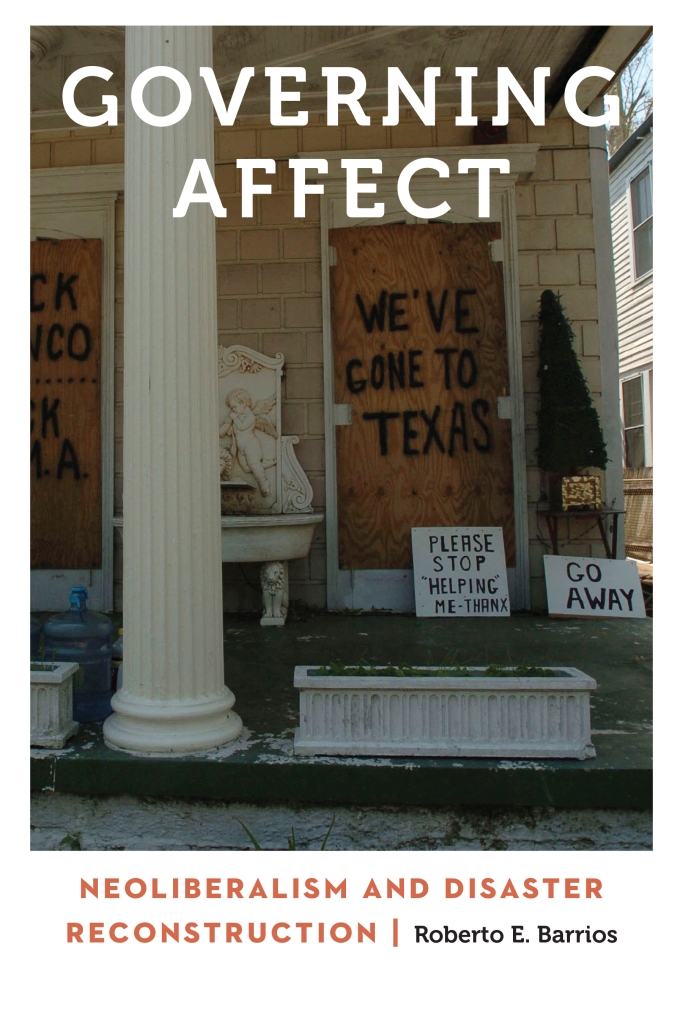