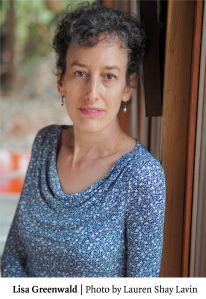 Lisa Greenwald, PhD, spent almost a decade working in and researching the women’s movement in France, supported by an Andrew W. Mellon Fellowship and grants from the French government. She has worked as a consultant and in-house historian for a variety of nonprofits and foundations in France, Chicago, and New York. She teaches history at Stuyvesant High School in New York City. Her new book is now available in the Women’s History Month sale.

With the continued assault on women’s reproductive rights in America through both legislation and appointment to the bench of anti-abortion judges it has not been a good year for American women. And with intolerance and the lack of a concrete political agenda within the Women’s March activist groups, it has not been a good year for American feminism either. American women of all classes, creeds, and races need to come together, speak with a voice large enough to encompass the vast majority of women and offer enough cogent solutions to various social challenges. There are more women in Congress than ever before and we have an opportunity to make feminism a defining political change agent—as French women did in the early 1970s. My book, Daughters of 1968: Redefining French Feminism and the Women’s Liberation Movement tells the story of how feminists did just this, together with a majority of the French.

The story behind Daughters of 1968 teaches us that it is possible to carve out solutions to what seem like unsolvable cultural conflicts: In France, feminists articulated arguments that encouraged ordinary French women to sign on to feminist projects, and they brought conservatives to the bargaining table. France stands as an example of a country of religious conservatism that nevertheless dedicated itself to forging secular solutions to social needs such as contraception and abortion. French conservatives were willing to swallow their moralism and accede to a law which ensured women’s access to medical abortion done in the first trimester of pregnancy, because they faced up to the reality of widespread illegal abortion. This demonstrates the effectiveness of feminism in winning the point, and the pragmatism of a country founded on the loftiest ideals.

The Loi Veil of 1974 enshrined women’s right to control their reproduction (together with the Loi Neuwirth, legalizing contraception in 1967) in national law—rather than by court opinion. It explicitly stated that contraception and abortion (within certain parameters) was legal. Radical feminists from the 1970s argued in parallel with American feminists that the right to control women’s bodies was women’s alone. This radical position pushed the conversation forward and allowed moderates to lead with the practical message that women were becoming injured, sterile, and were dying at an unacceptable rate simply because abortion was illegal. “Le livre noir de l’avortement (The black book of abortion), published in 1962, galvanized public opinion…Written by Marcelle Auclair—a novelist and a co-founder of and frequent columnist for the women’s magazine Marie-Claire—the book is a shockingly direct account of the abortion issue and was the first public statement in defense of abortion rights by a mainstream cultural icon.” (p. 80)

Conversation around abortion shifted from largely an abstract moral debate (of the kind seen in the US) to one that accepted the reality that across time, place, and cultures, women have abortions. The sole difference is in under what conditions they have them. The story of how feminists and French legislators came to agreement (see chapters 2 and 5) is one that can serve us well here in the US, help us formulate strategy, and help us restructure the conversation and move it away from a focus on rights (of women and fetuses) and Roe v. Wade.

Feminists in France for a time came together to enshrine reproductive rights in law and to insist that France address a host of women’s concerns—from workplace discrimination, legal bias, and a culture of misogyny.  However, their inability to maintain ideological cohesion in the second half of the 1970s serves as a cautionary tale for an American movement whose cohesive power around support for contraceptive availability, legal abortion, and the “me too movement” is at its best when feminists together forge concrete goals and achieve them in law, the workforce, and society. The second part of my book explores the ways in which French feminism splintered and French women turned against each other—sometimes to preserve their ideals but more often to grab more publicity. As I explain in the introduction (p. 9-10):

After a few years of activism around issues important to many women, the women’s movement divided into two largely separate strands, the traces of which remain today. One became second-wave feminism that could best be called materialist: uncompromising in its demand for women’s equality and for the reinvention of social roles, ideologies, and institutions, hostile to entrenched political power, assertive of women’s individual subjectivity. The other strand became a postmodern metaphysics of sexuality and the self that distanced itself from feminism and sought to examine the interplay of gender and women’s consciousness in French society. In its early days, it was less activist than materialist feminism—sometimes antiactivist…This latter strand, which has been labeled “essentialist” by some scholars and feminists, argued that the relationship between the sexual body and consciousness should be expanded into realms of knowledge and social organization rather than transcended or changed, as the materialists claimed. Indeed, women’s philosophical writing preoccupied with women’s voice and consciousness (and indifferent to beauvoirian existentialism) up through the twentieth century was tightly tied to an older tradition of “difference” that had both served and thwarted women’s access to power and independence.

The clash between these two strands, while philosophical, was much more politically significant because while they both depicted themselves as revolutionary, one group out of the latter essentialist strand publicly denounced feminism as a narcissistic, retrograde politics. This same group sued women in commercial court for criticizing them, claiming unfair competition (concurrence déloyale) and ultimately copywrited and registered as an association the name Mouvement de Libération des Femmes–MLF (Women’s Liberation Movement—MLF) including the iconic image of the raised fist inside the female sign—once a ubiquitous emblem used by any and all women to signal feminist liberation.

Ideas are powerful; but so is political savvy that meets concrete objectives. One of the signs at the Women’s March in Washington this year said, “Feminism is the radical notion that women are people.” Indeed, “as Éliane Viennot argued in Nouvelles questions féminists in the autumn of 1981, men see ‘women’ as a large abstract bloc, living in more or less equality with men, because they only see women’s capacity for equality and not their actual equal authority.” Along with this, she argued, “men point to the few exceptions of women in power to defend the idea that women have already achieved equality.” Feminism is then “turned into a discourse on women, emptied of substance.” (p. 247)

Any social change-makers know that power is not given up easily. Any feminism that cannot penetrate laws, institutions, or centers of economic power cannot transform.  Daughters of 1968 shows that feminism can make a profound difference—raising the quality of life for women, men, and children of all social classes, ethnicities, and sexuality. The way that this can be done is by making common cause with each other.  And feminist goals can be achieved by principled positions as well as very pragmatic ones. As feminists, we have a three-fold commitment to each other and to the viability of our movement: to reject those who propagate hate and injustice (together with their ideas), to forge common policy that will affect the majority of people’s lives and on which we can find consensus, and overall to promote a society built upon universal humanist values.