The Expanding Frontiers series promotes rigorous and interdisciplinary research that critically expands the field and purview of feminist, women’s, and gender studies. This book series builds upon the journal Frontiers and its commitment to “diverse and decisively interdisciplinary” publications—monographs as well as collaborations—that explore critical intersections of gender, race, sexuality, class, nation, and other dimensions. In particular, it seeks to expand the knowledge generated by and about women, men, and transpeople of color, although it also embraces scholarship about women, men, and transpeople globally who are negotiating multiple and intersecting sites of affiliation, identity and commitment. It’s also committed to supporting new scholarship in the field and is dedicated to guiding new authors through the publication process. The following books are now available!

Postcolonial Hauntologies by Ayo A. Coly is an interdisciplinary and comparative analysis of critical, literary, visual, and performance texts by women from different parts of Africa. While contemporary critical thought and feminist theory have largely integrated the sexual female body into their disciplines, colonial representations of African women’s sexuality “haunt” contemporary postcolonial African scholarship which—by maintaining a culture of avoidance about women’s sexuality—generates a discursive conscription that ultimately holds the female body hostage. Coly employs the concept of “hauntology” and “ghostly matters” to formulate an explicative framework in which to examine postcolonial silences surrounding the African female body as well as a theoretical framework for discerning the elusive and cautious presences of female sexuality in the texts of African women.

In Abuses of the Erotic, Josh Cerretti takes up the urgent task of applying an interdisciplinary, transnational framework to the role of sexuality in promoting, expanding, and sustaining the war on terror to understand the links between what Cerretti calls “domestic militarism” and later projects of state-backed violence and intervention. This work brings together scholarship on domestic and international militarization in relation to both homosexuality and heterosexuality to demonstrate how sexual and gender politics have been deployed to bolster U.S. military policies and, by tracking over a decade of militarized sexuality, how these instances have foundationally changed how we think of sexual and gender politics today. 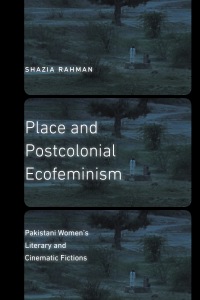