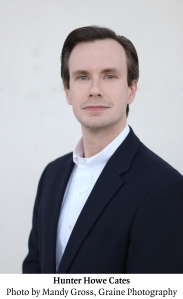 Hunter Howe Cates is a journalist, author, filmmaker, and creative marketing professional. He is also the author of the newly-released Oklahoma’s Atticus: An Innocent Man and the Lawyer Who Fought for Him (Bison Books, 2019).

Your grandfather has a story. So does your grandmother. Your mother, father, sisters, brothers, aunts, uncles, first and second cousins, every branch of your family tree is ripe with the precious fruit of memory. Who will be there to capture it? To share it? If not you, then who?

Saving your story is a gift. For you and others. When you preserve your family’s story, you’re not just saving your history; you’re saving all of our history. I speak from experience.

In 1953, in Tulsa, Oklahoma, a Cherokee man named Buster Youngwolfe confessed to raping and murdering an 11-year old girl. He recanted his confession, saying he had been coerced after five days of incarceration by the authorities. Nobody believed him except for the underpaid and overworked public defender, a man with Muscogee Creek heritage named Elliott Howe. Howe’s defense of Buster against the powerful county attorney’s office made national news 67 years ago, and was covered in Newsweek and Redbook. You’ve probably never heard of it. Most people in Tulsa haven’t either. I’m lucky. I only know the story because Howe was my grandfather. 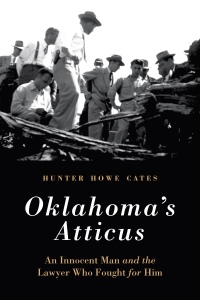 What my grandfather did and why is a story I tell in my book, Oklahoma’s Atticus. From the age of 10 I knew the basic “plot line” of what happened. I could not have imagined how deep the story truly went. How a mystic correctly predicted where the body was buried. How a future governor would be involved in the prosecution (and frankly persecution) of Youngwolfe. How this tale of “have and have nots,” and miscarriages of justice may have happened more than 60 years ago, but still feels like it was ripped from today’s headlines.

Writing this book was a journey of discovery. Hearing from so many people who have forgotten or never even heard of it has been a revelation. Our history is so fragile, it is only ever one or two generations from being lost forever. Don’t believe me? This event happened 67 years ago. If you were to look at a newspaper headline from just 67 months ago, or even 67 weeks, would you remember the event? Would its details be hazy, or even forgotten? We are bombarded by so much news, and so much noise that poses as news, that the stories that matter aren’t preserved in our collective memory, but fade into oblivion. We move on too fast.

Perhaps we don’t see a need until it’s too late. Or maybe, sadly, we don’t realize how precious our time with loved ones truly is. My grandfather died in 2007. He rarely talked about this event and I hardly ever asked. Maybe he would regret that he didn’t tell us more. I know I regret that I didn’t ask more. Most of what I know comes from dusty, old magazines, or newspapers I found on microfilm at the library. But what if those pieces didn’t exist, or had been lost or destroyed? I would be left with only the scant conversations my grandfather and I had about it. When I die, my descendants would be left with nothing.

History is about more than the titanic figures on whose whims and wishes the world turned, what is termed the “great man” theory of history. While there is much value to this theory, it is incomplete. After all, I know my daily life is not dictated by what happens in the Capitol. Is yours? Therefore we should expect the same for people who lived long ago. They had lives. They made choices. They still have lessons to teach us and stories to tell us. And in many ways their lives paint a richer and more vivid picture of the past than the “great men” we hear about in high school history.

History is about kings and queens, explorers and founders, Presidents and Popes, that is true, but it is also about everyday people just like you and me. We are history. Our lives, like the lives of those who came before, are the precious, finite and fleeting material that history is made of. So I encourage you to save your story. Preserve your family’s history. Who knows? You may have a book in there.