“In Abraham Joshua Heschel: Mind, Heart, Soul, author Edward K. Kaplan not only tells the life story of this great scholar, but also captures the essence of the recurring themes in Heschel’s greatest works… This combination of an absolutely fascinating life story and a brief review of some of Heschel’s beautiful theological prose will captivate anyone looking for inspiration and a model for spiritual strength in difficult times.”

All I Feel Is Rivers

Listed in the New York Times.

Review by the Journal of Arizona History:

“The Spanish Craze is a fascinating, well-told story about a far too often untold aspect of the American past, which has emerged during a period of time when the existence of individuals of Hispanic origin, their culture, and the Spanish language is perhaps more influential than ever before.”

Praise from The Broadkill Review:

“Williams’s newest collection is rain-soaked in past emotional and rural landscapes where nature runs riot, even in winter. Part of the collection’s ethos is control, and Williams deftly shapes the Memory via blocks of poetry, suggesting that through creation, through the naming of things, one can control the worst impulses that lay just under the skin, be it grief, suicidal ideation, or the hard work of making a home.”

“Walking to Magdalena is a fine ethnography that contributes to the emerging understanding of embodiment, emplacement, and religious co-existence or layering in contemporary cultures. Schermerhorn demonstrates a mastery of several bodies of academic literature, including anthropology and religious studies.” 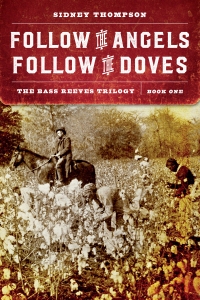 Praise in The Oklahoman:

“Thompson’s short novel is a fascinating look at life in northwest Arkansas in the years before and during the Civil War, when the future lawman came of age and ultimately made his break for freedom. The rest of the trilogy is likely to be just as intriguing, especially because that’s the way the real Bass Reeves lived his life.”

Article in The Times of Israel.

Author-made playlist based off her newest book featured in Largehearted Boy.