Jackson Adams and Anna Weir are publicists at UNP. Today they share their thoughts about a couple upcoming titles they’re particularly excited about as readers. The books in this discussion will be published in April.

Jackson Adams: So much of the national political conversation around the Democratic Primary has centered on “electability,” a metric that mostly takes a half-hearted guess at what another, not entirely well-defined person wants to see in a candidate. At best, it often can be used to determine where and how campaigns should spend money and, more often, it’s used as a cudgel, both against candidates and an electorate. What I found so fascinating about When Sunflowers Bloomed Red: Kansas and the Rise of Socialism in America is how much it does to debunk the notion of a relatively moderate midwest. R. Alton Lee and Steven Cox dive deep into the history of the Great Plains Populist Party and the influence they had on the Progressive movement that came after, showcasing the solidarity of agrarian workers across the political spectrum who advocated for change at a pivotal moment in American history, one not unlike today.

What are you into this month, Anna?

Anna Weir: While many of the baseball titles we publish highlight a major season for a major team, or an all-star player much beloved or mostly forgotten, Will Geoghegan’s Summer Baseball Nation takes us to an ordinary summer, with ordinary players, in love with the game. Following the 2016 season of the collegiate summer wood bat leagues, Geoghegan takes us across America from Cape Cod to Alaska to California and Lake Michigan. There are great successes and notable plays, but more than anything this book is a celebration of the game. If you love baseball—and you’re really feeling the lack of it this season—this is the book for you.

What else are you looking forward to, Jackson? 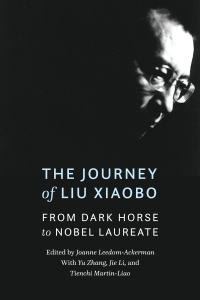 JA: I think The Journey of Liu Xiaobo: From Dark Horse to Nobel Laureate is the exact kind of retrospective of a life that can serve as an introduction as well. The volume of essays, many written shortly after the life-long Chinese dissident’s death, reflect the raw fervor of his convictions and the impact his words and actions have had on generations of creatives and activists alike. It’s scope is enormous and goals lofty but it manages to make an icon approachable while never selling his legacy short.

What else is on your mind, Anna?

AW: A question I’ve thought about a lot lately, as COVID-19 restrictions continue and I need to more closely consider where I can go and when, whether someone should come with me: Am I my brother’s keeper? How much of another’s well-being is up to me? This is something Dan Ornstein closely considers in his new book Cain v. Abel: A Jewish Courtroom Drama. Re-imagining the Genesis story of the first murder in a contemporary setting, where Cain, Sin, God, Eve, and others are called to the witness stand to explain what happened and why, Ornstein invites us to consider the impact family history, psychological makeup, and the impulse to sin can have on one person, as well as how that one person can impact—often negatively—other people.

Tune in next week for more reading recommendations from your friendly neighborhood publicists!