Jon Hart has written for the New York Times and an array of outlets that have sadly bitten the dust. He graduated first in his class from mascot school. Then again, he was the only person in his graduating class. As a U.S. Open ball boy, he was runner-up for rookie of the year. He has never been to the Olympics in any capacity, but he has done the Macarena with an Olympic gold medalist. He lives in New York City, which he hopes will not be held against him. He is author of Man versus Ball: One Ordinary Guy and His Extraordinary Sports Adventures.

The NCAA Upset and T-Shirt that Inspired a Book!

Last week, it was March Madness. This week, it’s March Melancholy. Most, if not all of the lower seeds and teams from the smaller conferences have been vanquished. Ten years ago, my team was one of those that was sent home after the tournament’s first weekend. Before they exited that year, the Vermont Catamounts upset a heavily-favored Syracuse team in dramatic, one-shining-moment fashion. Monarch Notes version of the game: It was an ugly, almost unwatchable affair that Syracuse led by four at the half. Unforgettably, Catamount point guard T.J. Sorrentine hit a shot “from the parking lot” and the Catamounts prevailed, with Cameroonian Germain Mopa-Njila, playing the game of his life, the difference.

Nineteen years earlier head coach Tom Brennan—or TB as he’s known to the Catamount faithful—took on the responsibility of leading the Cats. They were ranked amongst the last teams in Division 1 at the time. 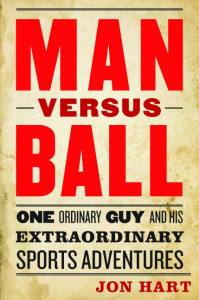 Much of the student body was probably unaware that the school even fielded a team. I stumbled upon the team on a trip to the school’s dilapidated weight room, which the basketball team happened to use. TB was addressing the team’s loyalists in the gym. Let’s makes this clear, it wasn’t an arena, it was definitely a gym, and it’s still a gym even after the glorious victory. As TB spoke, it was clear he had enthusiasm, passion, humor, and persistence. Even though he was handicapped with weak facilities and a shortage of scholarships, TB, who has a philosophical side to him, wanted to make a go of it. He desperately wanted victories, he told the assembled players. Just as much though, he said, he wanted graduations and wedding invites.

That season, TB had t-shirts printed with the phrase, “we’re gonna do it ‘til we get it right.” I never forgot that, and it just might be the greatest lesson I learned at the University of Vermont, and I have carried that lesson over to my writing career. Writing is rewriting and persistence and a lot of other things in between. You do it until you get it right. For 19 years, TB persisted until on one beautiful night he got it right. Thanks TB for inspiring the underdog Catamounts to victory and a young, wannabe writer to penning a book.

2 thoughts on “From the desk of Jon Hart”