UNP staff members are always reading new books, both within our list and outside of what we publish. Here are some of the books where our noses have been buried.

“It promises to be a fantastical, heartwarming story told from the perspective of different characters all tied together by one central character. This strikes me as a fun selection to read lakeside during the summer.” —Lacey Losh 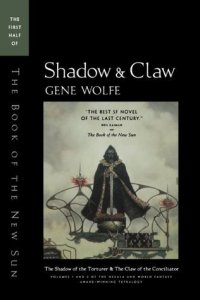 “I first tried to read Gene Wolfe’s sprawling, deliberately obtuse, mostly-allegorical fantasy novel during college but the story’s density and my mounting pile of coursework led to the book being pushed to the side. It’s still as impenetrable and oddly-gripping as I remember it, filled with twisted swords-and-sorcery parables and frequent trips to the indexes, but, so far, I’ve made more progress through its pages than my last attempt.” —Jackson Adams

The Gentle Art of Swedish Death Cleaning: How to Free Yourself and Your Family from a Lifetime of Clutter

“I picked this up at the fabulous Prairie Lights Bookstore in Iowa City this past weekend. This slim hardcover book has case binding (no pesky jacket), which feels especially appropriate for this book. My family is facing downsizing on several fronts – and I’m always looking for wisdom about how to reduce clutter in my house. I was fascinated by Marie Kondo’s first book, The Life-Changing Magic of Tidying Up: The Japanese Art of Decluttering and Organizing and found her tidying approaching liberating but too extreme. Margareta Magnusson’s book *is* gentle and her emphasis swings more toward people over things. Magnusson puts death at the center of the book, not in an off-putting way but as a neutral fact of life. She has lots of children and grandchildren, and has lived around the world—and so has a wide perspective on ways of living.” —Tish Fobben

“Because when your sister texts you to drop everything and read a series – you do it.” —Rosemary Sekora

“This was available at the library so I jumped in.  The descriptions of the characters are detailed and wonderful, and the setting feels like an additional personality.  I am about halfway through and am taking my time.” —Heather Stauffer

I’m the Man: The Story That Guy from Anthrax

“I ran across a mention of the book on Scott Ian’s Instagram account and thought it sounded interesting. I’ve learned a lot about how tough the music business is.” —Erica Corwin 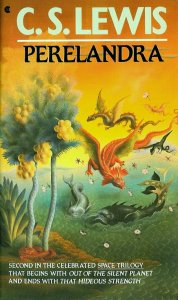 “Continuing the series. There’s something fishy happening on Venus and I haven’t found out what just yet, due to the vivid and excellent but very long passages of description.” —Anna Weir