From June 21-23, the Sheraton Philadelphia Society Hill Hotel will welcome the 2018 annual meeting of SHAFR, the Society for Historians of American Foreign Relations. Potomac Books will have a table at the event spotlighting some of the most recent books on diplomacy, foreign relations, and more. 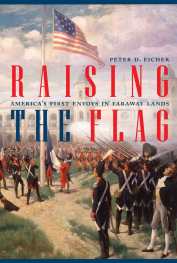 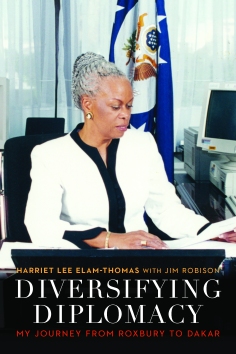 Tough Sell: Fighting the Media War in Iraq by former George W. Bush administration appointee Tom Basile critiques the media coverage of the invasion and occupation of Iraq and argues about the administration’s inability to execute policy under critical coverage.

Diversifying Diplomacy: My Journey from Roxbury to Dakar is the firsthand account of Harriet Elam-Thomas, whose decades-long efforts as a woman of color distinguished her as a successful diplomat.

Not by Bread Alone: Russian Foreign Policy Under Putin by Robert Nalbandov covers how Russia’s foreign policy has changed since Vladimir Putin’s ascent to power in 2000 and how that strategy has reinstated Russia as a global superpower.

Harry and Arthur: Truman, Vandenberg, and the Partnership That Created the Free World by Lawrence J. Haas covers the relationship between President Harry S. Truman and Sen. Arthur Vandernberg as they work together across party lines in one of the most deeply divided times in the country’s history.