Rosemary Sekora and Anna Weir represent Team Publicity at UNP. Today they share their thoughts about a few upcoming titles they’re particularly excited about as readers. The books in this discussion will be published in May. 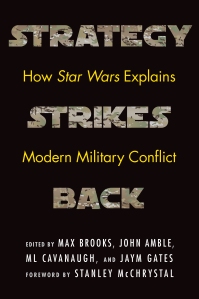 Rosemary Sekora: In an incredible plot twist, all of the hard-hitting Potomac Books titles from the Spring season are practically all being published in the same month (see 5/7 books here). I’m not picking favorites but I am especially excited for Strategy Strikes Back edited by Max Brooks, John Amble, ML Cavanaugh, and Jaym Gates. This book ​addresses real-life implications of the Star Wars saga, using the Star Wars franchise to describe strategies—it’s clever, smart, and a whole lot of fun if you like Star Wars. Topics include planet building on Endor, the Tarkin Doctrine, and Yoda. Love this book you must. 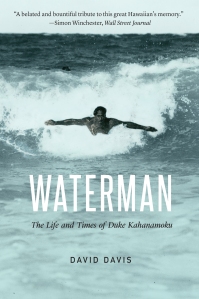 AW: The force is strong with that book! I’m also excited to see an older favorite out in paperback this month. Waterman: The Life and Times of Duke Kahanamoku is the first comprehensive biography of the original “human fish,” America’s first superstar Olympic swimmer who also introduced surfing beyond his native Hawaiian islands. David Davis dives into Kahanamoku’s life in sports and politics. 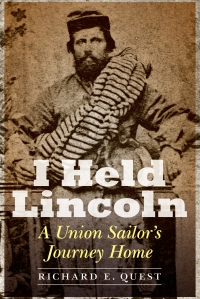 RS: I agree! Waterman was also the book that received an excellent Wall Street Journal review which then led to our UNP t-shirts that say “sensible and sensitive.”

Another fascinating biography released in May is the story of Lt. Benjamin Loring (1824–1902) by Richard E. Quest. How did a Civil War sailor end up at Ford’s Theater on April 14, 1865? You have to read I Held Lincoln: A Union Sailor’s Journey Home to find out. 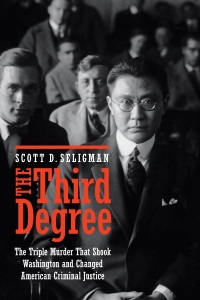 AW: Speaking of that fateful night — Scott D. Seligman tells of another murder in The Third Degree: The Triple Murder That Shook Washington and Changed American Criminal Justice, this one unsolved after nearly a century. Part murder mystery, part courtroom drama, and part landmark legal case, The Third Degree is the true story of a young man’s abuse by the Washington police and an arduous, seven-year journey through the legal system that drew in Warren G. Harding, William Howard Taft, Oliver Wendell Holmes, John W. Davis, and J. Edgar Hoover. The truth is often stranger than fiction, and this legal drama reads like a thriller.

Tune in next month for more picks from your friendly neighborhood publicists!

One thought on “Publicist Picks: Planet Building, the King of Surfing, and Other May Books”